Fellow geneablogger Amy Johnson Crow of No Story Too Small has issued the 52
Ancestors in 52 Weeks Challenge. Basically, we have to post something every week
on a different ancestor, whether a story, picture, or research problem. This week
I thought I'd write a little about this picture. 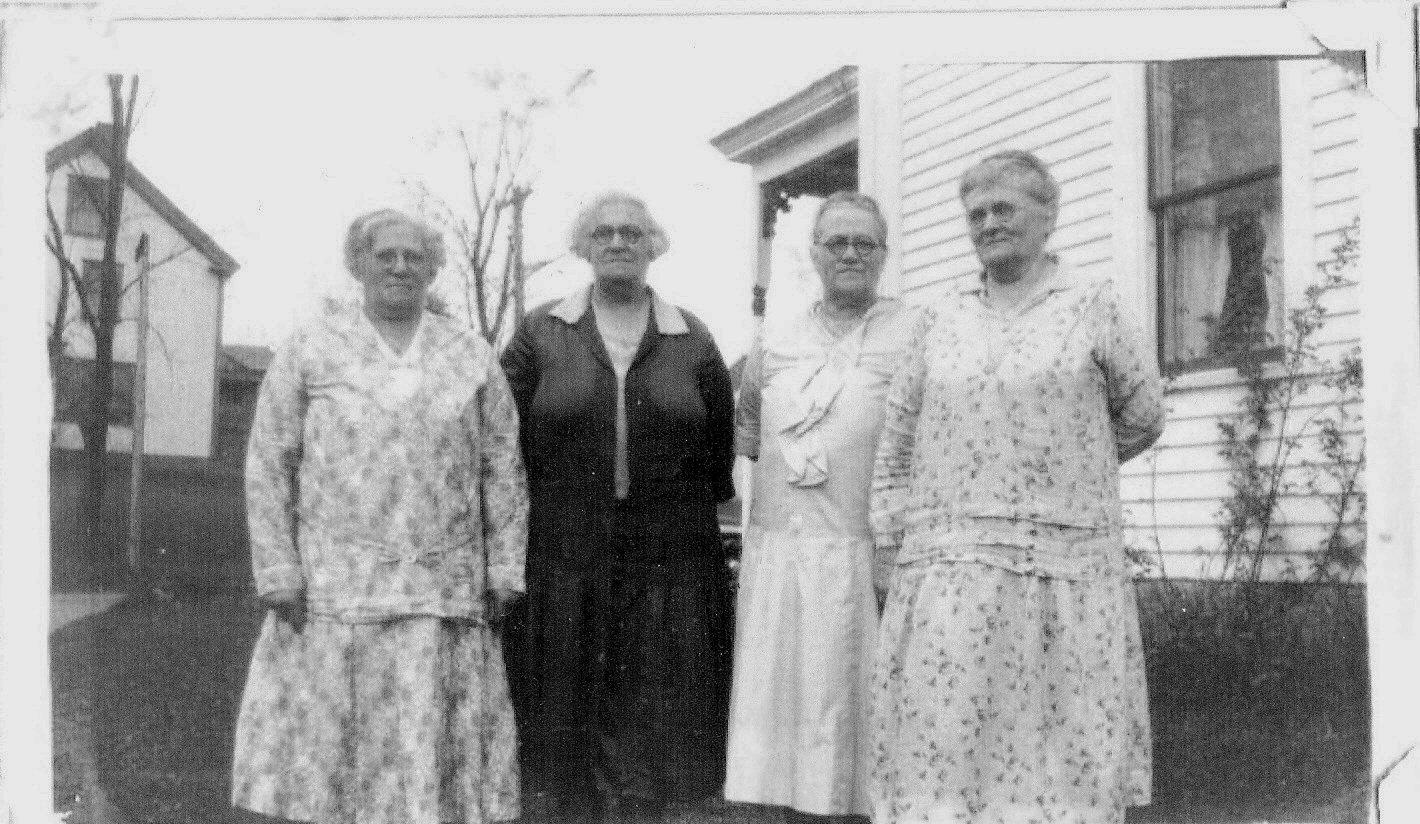 These four women are my great grandaunts. My great grandmother Charlotte Lovenia
Barker was their sister. It looks like they posed by age with the youngest sister on the
left going to the oldest on the right. They are:

Lelia Leona Barker, b.13Sept 1875 at Albany, Oxford, Me. She married Fred M Skinner
on 3 Jul 1894 when she was a few months shy of her 19th birthday. They had nine
children and thirteen grandchildren (that I've found so far). Fred passed away in
1944 and Lelia followed him ten years later on 16Sep 1954 at age 79.

Mary Elizabeth Barker was born on 22Dec 1869 in Albany, Oxford, Me. She married
the unusually named Zenas Mills (I've seen the name spelled as Xenon, Zarar and Zaran
on various records) on 22May 1888. They raised a family of seven children and fourteen
grandchildren. Mary died on 8Oct 1951.

Lastly, Hannah Eldora Barker,  who was born in Albany, Oxford, Me. on  10Dec 1863, only had two children and seven grandchildren with her first husband John Wyman. They were married on 18Sep 1884 and the marriage lasted 25 years until John's death in 1905.  Five years later Hannah married widower Alvin Brown in 1909. Hannah died in Lewiston, Maine on 22 Maine, 1950.

So altogether the four sisters had 24 children and 48 grandchildren. But they were just following their parents Amos Hastings and Betsey Jane (Moore) Barker's example, who
12 children(including the sisters) and 72 grandchildren!
Posted by Bill West at 10:58 PM

John Wyman and Eldora Barker are also in my tree. John was the brother of my great-great-grandfather Parker Goding Wyman.