In 1862 the last of three children and two grandchildren of John Cutter West and Arvilla (Ames)  died during a diphtheria outbreak in  Letter B Plantation in Oxford County Maine. It started with the death of their daughter in law Orpha Viette Reynolds West who died on New Year’s Eve, Dec. 31st, 1861. She was 19 years old, and she was the first wife of my 2x great grandfather Jonathan Phelps West. They'd been married two months. 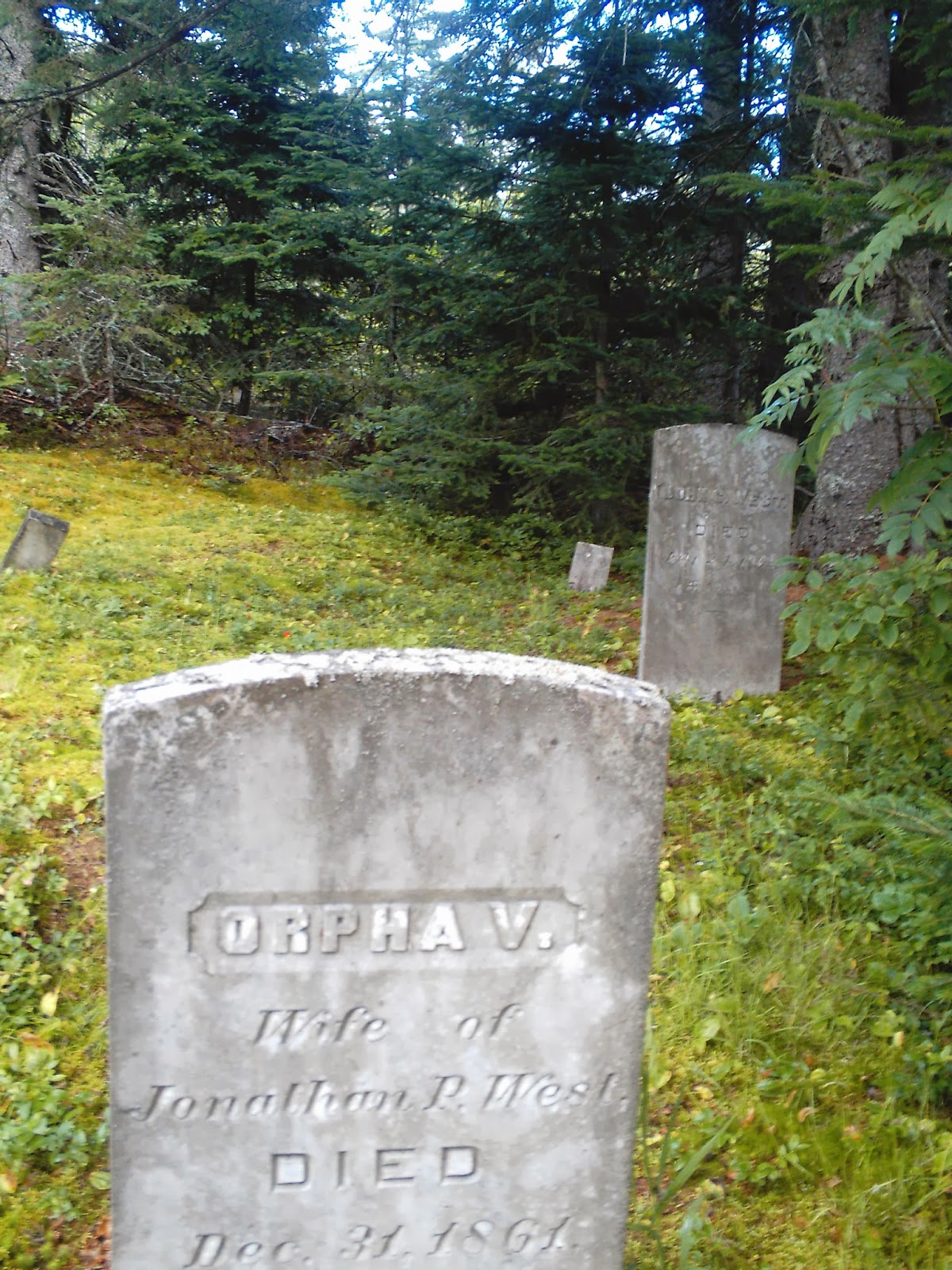 Then Jonathan and Arvilla's younger children began to die:


David Pingree West died on Jan. 17th , 1862. He was eight years old, the youngest of the
eleven children, and was mentally handicapped.

Ruth Ellen West died on Jan. 26th. She was ten. 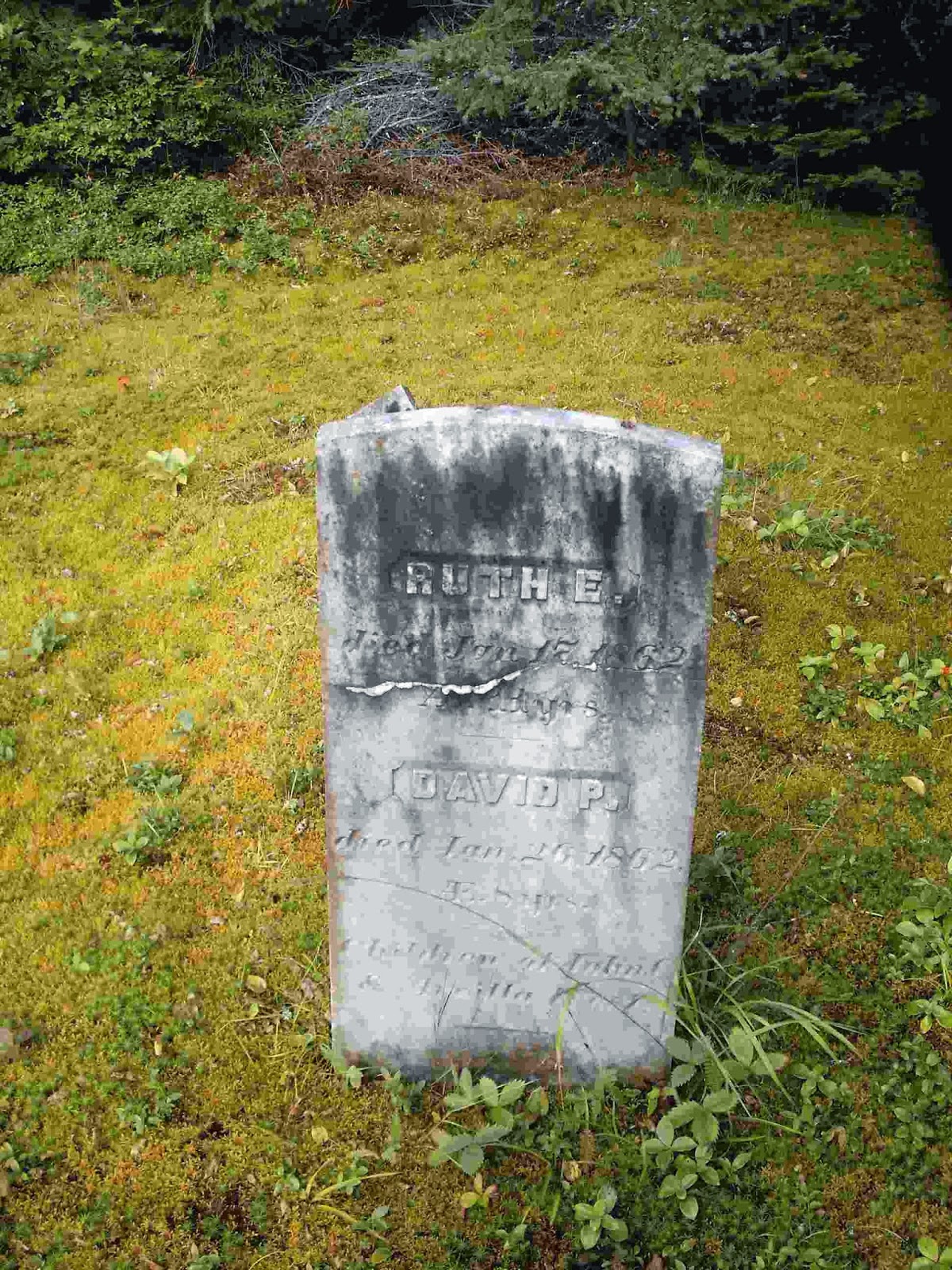 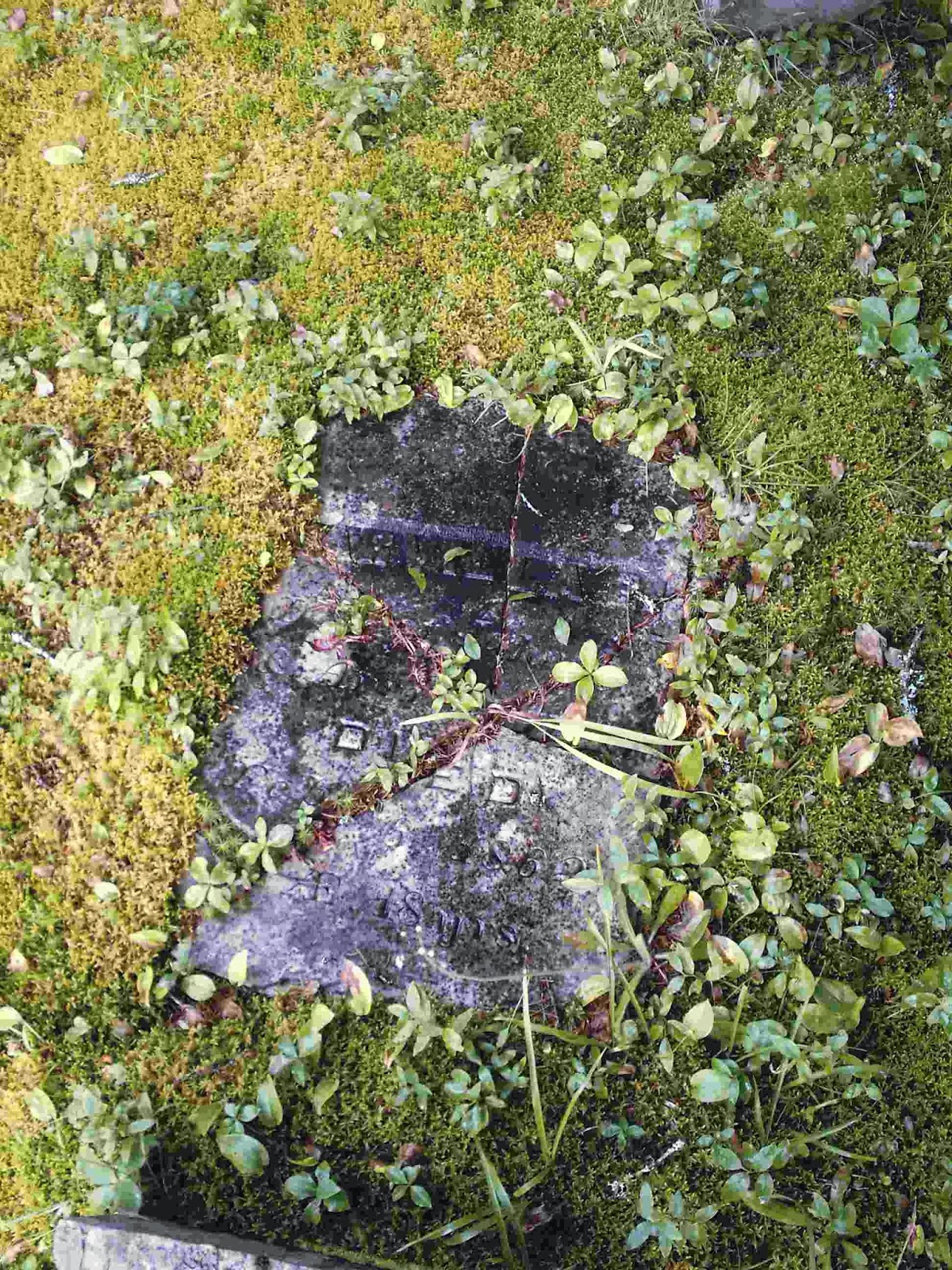 Older brother Asa Atwood West had married and started his own family on his
farm in neighboring Andover, Maine. He lost two children to the outbreak:

I don't know if the rest of the older sons and daughters came down with diphtheria as
well, but if they did they recovered because they all lived into the 20th century. Jonathan
Phelps West remarried which is why I am here telling this story. John Cutter West died on
July 24 1862 at age 60. Whether his death was caused by poor health after diphtheria
I do not know.

Emil Behring discovered a vaccine for diphtheria in 1913.

And every time I read an argument against childhood vaccination shots, I think of my 3x
great grandmother Arvilla West, and how grateful she'd have been for something that
might have saved her children and grandchildren.
Posted by Bill West at 5:23 PM 1 comment:

Recently FamilySearch.org has been posting online  the Maine State
Archives Collections 1790-1966, including the  Court Records. So I
began searching them for any cases that might involve my ancestors,
which is how I found the following case involving my 3x great grandfather
John Cutter West:

John M. Adams  George F .Shepley  and Asa W. F. Clap all of Portland in the
County of Cumberland gentleman doing business at said under the firm name
and style of Proprietors Eastern Argus Plaintiffs v. John West of Upton in the
County of Oxford Yeoman Defendant-In a plea of the case for that the said
Defendant at Letter B to wit at said Paris on the day of the purchase of this
writ being indebted to the Plantiffs in  the sum of Ten dollars and Sixty
three cents according to the account annexed in consideration thereof
there and then promised the Plaintiffs to pay them that sum on demand.~

And also for that the said Defendant at Letter B to wit at said Paris on the
twenty-seventh day of May in the year of our Lord one thousand eight-
hundred and fifty-seven by his promisery note of that date by him signed
for value received promised one John Appleton & Co. to pay them or bearer
the sum of Twenty-four dollars  on demand and interest, and the said John
Appleton and Company thereafterwards on the same day transferred and
delivered the said note then and still unpaid to the Plaintiff who thereby
became the lawful bearer thereof; by reason whereof the Defendant
became liable, and in consideration thereof, then and there, promised
the Plaintiff to pay him the contents of the said note according to the terms
thereof~

Yet the said Defendant, though requested, has not paid the same, but
neglects so to do, to the damage of the said Plaintiffs (as they say) the
sum of Seventy-five dollars. This action was entered at the present term
when the Plaintiffs appeared but the Defendant though called to come
into Court,does not appear, but makes default.

It is therefore considered by the court that the said Plaintiffs recover
against the said Defendant the sum of Forty-one dollars and eleven cents
debt or damage, and costs of suit, taxed at Ten dollars and Eighty-one
cents.


So apparently my ancestor John Cutter West initially borrowed  $10.63
from John Appleton and agreed to pay him back $24 which seems steep
interest. Then Appleton sold my ancestor's  promisory note to the Eastern
Argus Company. (which seems sort of shady to me.) This took place on
May 27th, 1857 and the debt remained unpaid  by November of 1861
when the owners of the Eastern Argus Company brought the debt to
court. John West didn't appear to answer the suit against him so he lost
by default.

The Court Records aren't indexed yet so I browsed through Vol9 until
I found this and as I did I saw case after similar case. They were
so common that they are recorded on a form, the top being blank
where the particulars of the case are written and the judgement written
in the blanks of the preprinted section on the bottom.(I've used my
usual boldface font to denote the preprinted part.)

Oxford County Maine is in the western part of the state and the primary
industries there in the nineteenth century were farming and logging.
It was not uncommon in those days for farmers to borrow money to
buy seed or equipment and pay the money back after harvesting their
crops. But if the weather was bad or some other disaster befell them
they might not be able to pay off the debt right away. I believe that
must have been the case with my ancestor.

I don't know when or if John Cutter West paid off the note.The court
decision was handed down in November of 1861. Shortly after that
a diphtheria epidemic broke out and John would lose three children,
three grandchildren, and a daughter-in-law to the disease by the end
of February 1862. John himself died the following June.. If John
didn't pay off the debt himself, then my 2x great grandfather
Jonathan Phelps West probably did.

So the next time you are worrying abut how you are going to pay the
bills, look at it as something you probably have in common with your
ancestors.