"IN SUNSHINE OR IN SHADOW" 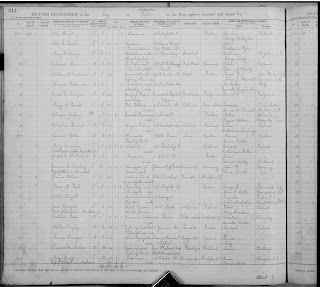 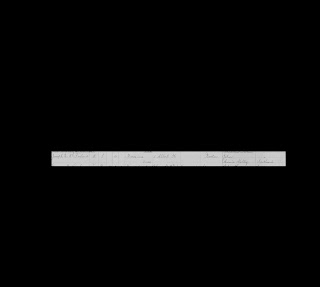 I didn't have much luck finding records in the new Massachusetts Vital Record
database at Ancestry.com. But that did prompt me to revisit FamilySearch
once more to check there for births, deaths, and marriages specifically for the
family of my maternal grandmother Agnes McFarland. I'd found names and dates
before in the Massachusetts, Births and Christenings, 1639-1915 database there
but no images. This time, I found them in the Massachusetts  Births, Deaths,
and Marriages 1841-1915 Databases, and in doing so discovered several new
siblings of my grandmother who I hadn't been aware of before.  They'd died
in infancy of various diseases.

As I went along I came to the realization that the images of the birth and in
some cases death registers for Boston could give me a record of where my
great grandparents lived because all their children were born at home, not in
a hospital. They moved around, I believe, as their family grew and it was
necessary for my great grandparents to move to bigger quarters. Eventually
they ended up owning two houses on Parker St in the Roxbury section of
Boston but by that time all but one of their children had been born.

John McFarland and Annie Kelly arrived in the United States in 1880 and since
I haven't been able to find them on the 1880 Federal Census I think they
arrived after the Census was finished in Boston. I had some information
already provided some years ago by my cousin John V.McFarland so I used
that to doublecheck against the dates on the images.


Here are the names of John and Annie McFarland's children and where they
were born or died, and cause of death where available:

There was one more child, George McFarland born on 1 Jan 1918 who died
twelve days later on 13Jan 1918. That fifteen year gap between children
makes me wonder if there are other children in that period that died in infancy.

To be continued.
Posted by Bill West at 1:58 AM