I learned several new things from analyzing the will and probate record of my 7x
great grandfather Andrew Mitchell:

1. He mentions his wife Abiah in the will. Since I descend from his marriage to
Abigail Atwood I thought at first this was she, but then I realized she had died some
twenty years before Andrew's death. A search of the Early Vital Records of Massachusetts website turned up a marriage of an Andrew Mitchell to the widow Abiah(Norton) Haseltine on 12Apr 1714 in Bradford, Ma. Andrew had a second
wife I hadn't known about!

2. Andrew owned a saw mill, which he bequeathed to four of his sons in this part of his will: 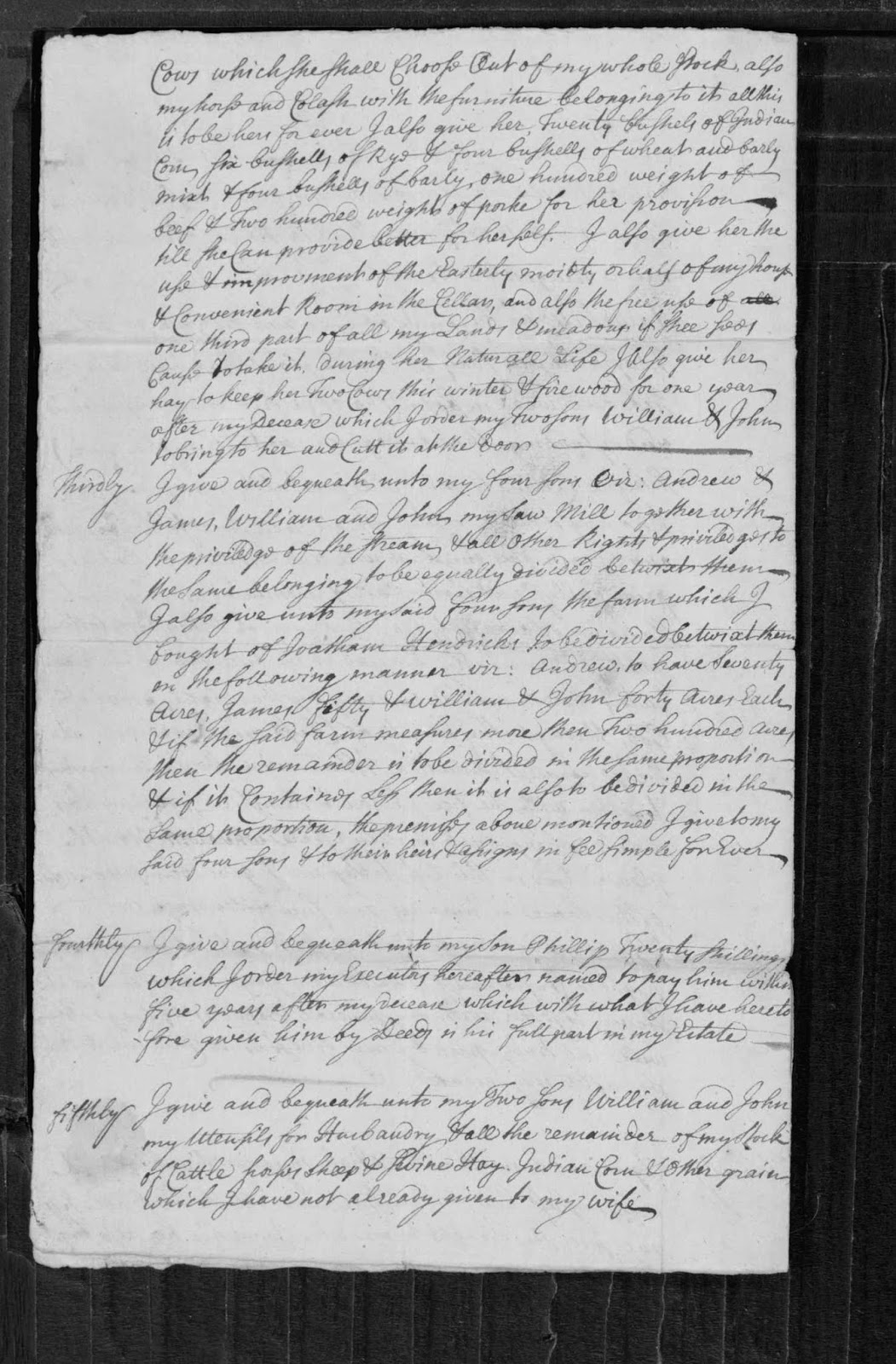 Thirdly, I give and bequeath unto my four sons viz: Andrew & James, William and
John my Saw Mill together with the priviledge of the stream, & all other rights &
priviledges goes to the Same belonging to be equally divided between them. I
also give unto the said four sons the farm which I bought of Joatham Hendricks to
be owbed betwixt them in the following manner viz: Andrew to have Seventy
Acres, James fifty & William & John fortyacres each and if the said farm more then
two hundred acres then the remainder is to be divided in the same proportion &
if it is containing less it is also to be divided in the same proportion, the premises
above mentioned I give to my said four sons & to their heirs & assigns in fee
simple forever.

After Andrew's death the court appointed arbitrators who divided the land up. This
was the share allotted to my 6x great grandfather Andrew Mitchell Jr: 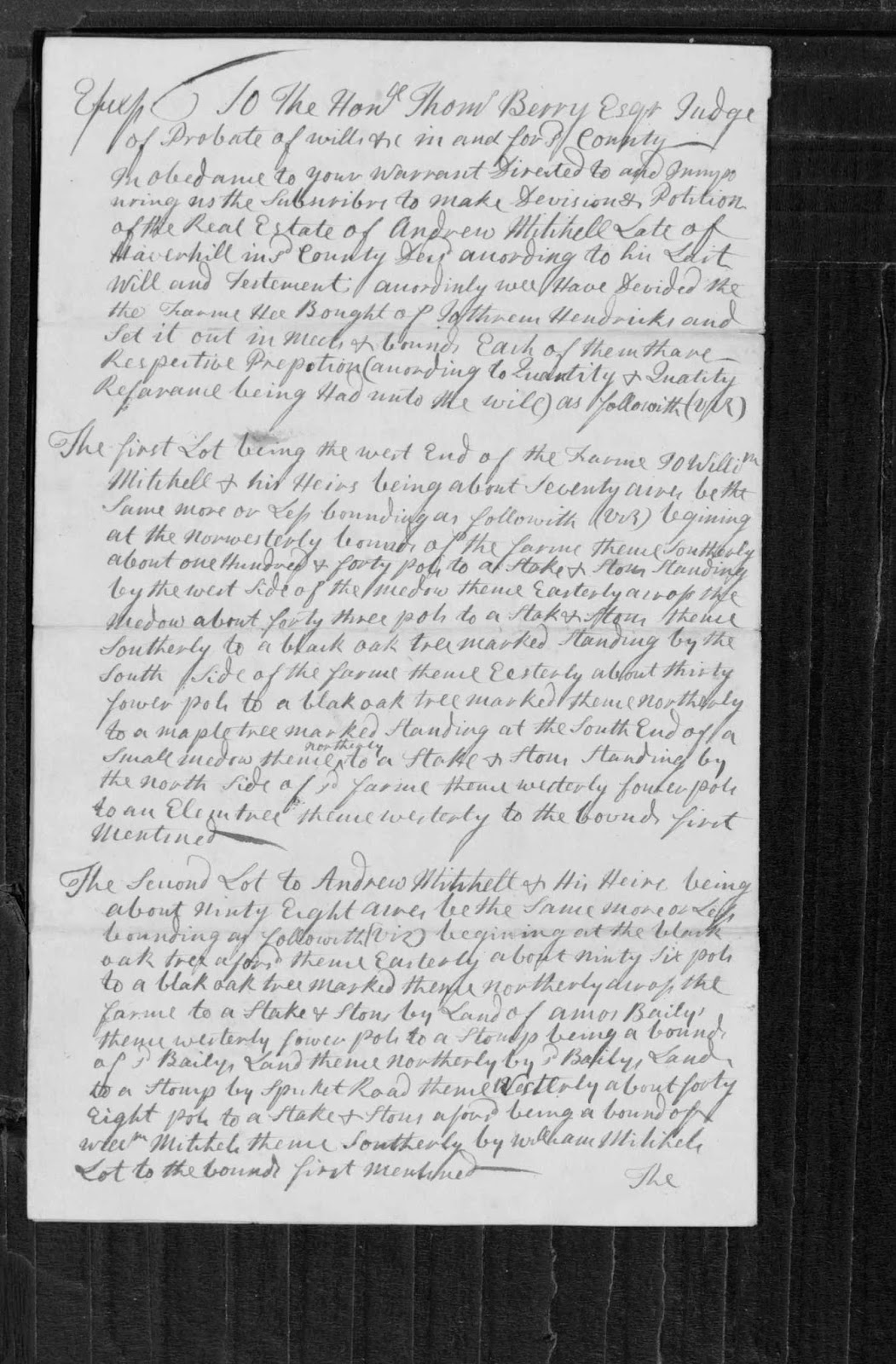 The Second Lot to Andrew Mitchell & His Heirs being about ninety eight acres
be the same more or less bounding as follows with/ viz: beginning at the black
oak tree aforesaid & thence easterly about ninety-six pols to a black oak tree
marked thence northerly across the farme to a Stake & Stone by land of Amos
Baily's thence westerly fower pols to a stump being a  bound of Baily's Land
thence northerly by Baily's Land to a Stump by Spiket Road thence Westerly
about forty eight pols to a Stake & Stone aforesd being a bound of Willm
Mitchels thence Southerly by William Mitchels Lot to the bound first mentioned.

3. I discovered two of Andrew's children I hadn't known about before, William
and Susannah, because of the Will.

Once again, proof of the value of wills and probate files in filling in missing
information about an ancestor!
Posted by Bill West at 1:32 AM