IN RELATION TO HISTORY

We're in November now and moving towards Thanksgiving. I've done posts
on my Mayflower ancestry but I was thinking of writing some on ny other
early Pilgrim and Puritan ancestors. Toward that end I startled googling
some of their names tonight. One of the family names I searched was
Morton.

Now when I was a bookseller I used to get a kick out of seeing a kid's
book about Plimoth Plantation, A Day in The Life of Sarah Morton. I'm
descended from Sarah's older sister Patience who married my 9x great
grandfather John Faunce. I knew that their father was George Morton
who came over to Plimouth on the ship Anne in 1623. What I didn't
know was that some historians think he may be one of the people behind one
of the early documents that helped spur more immigrants to New England,
Mourt's Relation. Most think Edmund Winslow and/or William Bradford
wrote the book, with a few thinking George Morton did instead. But most
believe that George was responsible for the book being printed in London
in 1622, a year before he himself emigrated to the New World.

I've read about Mourt's Relation and have intended to read it for some time,
and even seen reference to the Morton connection to it, but never made the
connection between George Morton the historical figure and George Morton
my ancestor. I guess I better finally get around to reading the book!

Now I'm wondering what other connections I've failed to see before between
my early New England ancestors and New England's history!

My descent from George Morton comes from my 2x great grandparents
Florilla Dunham and ASa F. Ellingwood. George's death date on this chart
is incorrect, it should be 1624 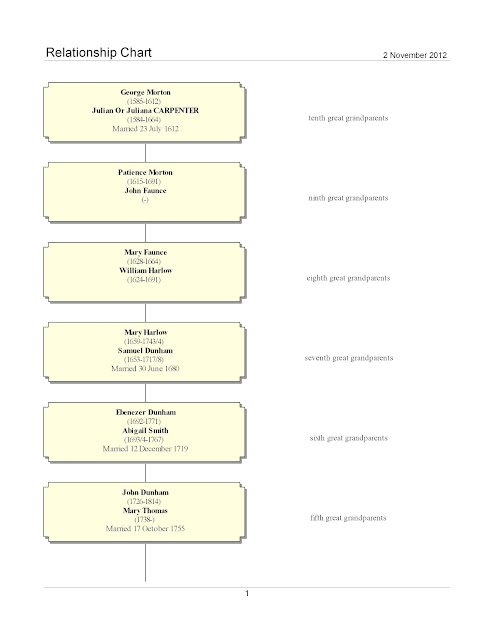 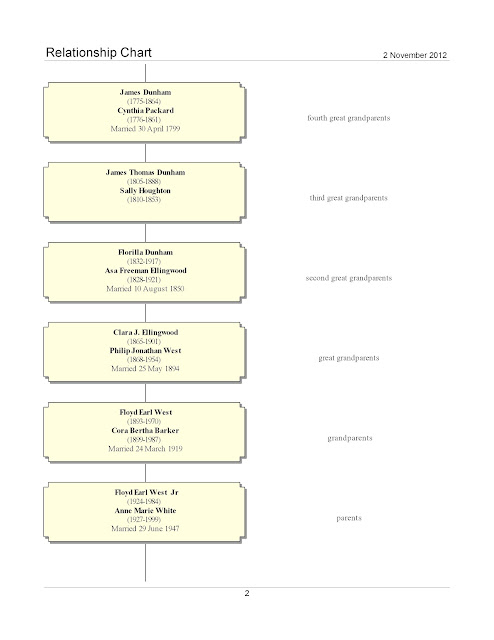 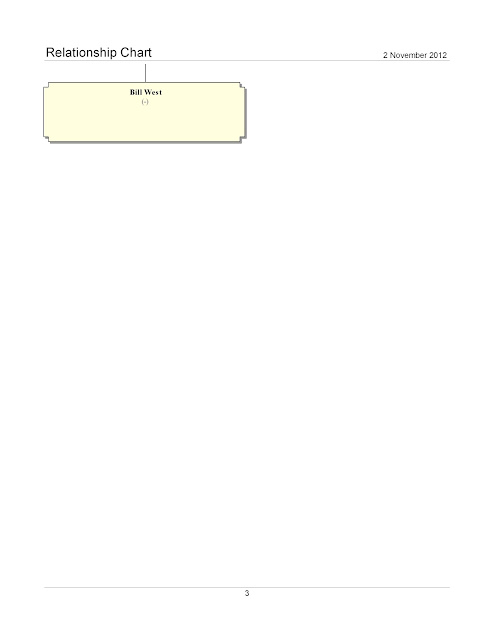 Hello Cousin Bill, I was thinking the name you list sounded familiar, I have not looked at that line in over ten years, but I also have Patience Morton marrying John Faunce, and then their daughter Mercy Faunce married Nathaniel Holmes, their daughter Mercy Holmes married Ebenezer Cobb, daughter Mercy Cobb married Samuel Doten, and Marcy Doty married Edward Dillingham, then four mor generations of Dillinghams to my grandmother Anna Dillingham who married Anton Hansen from Denmark, my grandfather.

Another Cousin connection, and another geneablogger to boot! Hi there Cousin Charles!

We give every new member of NH Mayflower a copy of Bradford's "Of Plymouth Plantation" and "Mourt's Relation". Everyone loves to read the second book, because they have never heard of it. It was originally the book that was to drive more settlers to come to Plymouth Colony, but it wasn't very successful at PR.