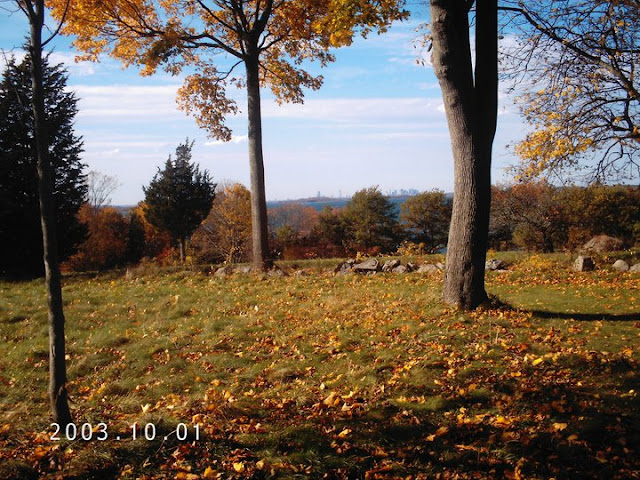 You see them everywhere in New England:around houses, churches, farms, cemeteries, and in some cases, deep in the woods away from towns and roads. Stone walls are one of the hallmarks of the region. Since my Dad's family has been here for over four centuries, it's probable that some of them were built by one or more of my relatives. Sometimes when I find a wall on a walk in the woods I take a photo  of it and wonder if it has a connection to my family.

Robert Frost wrote a famous poem, Mending Wall, that was published in 1904; Here it is with some of the photos I've taken over the years. 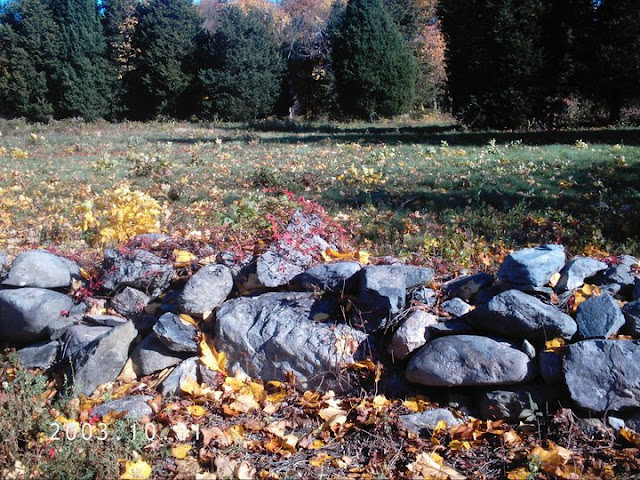 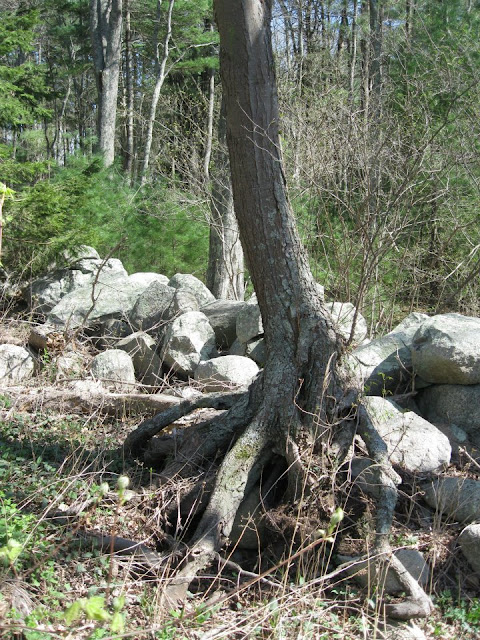 SOMETHING there is that doesn’t love a wall,
That sends the frozen-ground-swell under it,
And spills the upper boulders in the sun;
And makes gaps even two can pass abreast.
The work of hunters is another thing:            5
I have come after them and made repair
Where they have left not one stone on a stone,
But they would have the rabbit out of hiding,
To please the yelping dogs. The gaps I mean,
No one has seen them made or heard them made,            10
But at spring mending-time we find them there.
I let my neighbour know beyond the hill;
And on a day we meet to walk the line
And set the wall between us once again.
We keep the wall between us as we go.            15
To each the boulders that have fallen to each.
And some are loaves and some so nearly balls
We have to use a spell to make them balance:
“Stay where you are until our backs are turned!”
We wear our fingers rough with handling them.            20
Oh, just another kind of out-door game,
One on a side. It comes to little more:
There where it is we do not need the wall:
He is all pine and I am apple orchard.
My apple trees will never get across            25
And eat the cones under his pines, I tell him.
He only says, “Good fences make good neighbours.”
Spring is the mischief in me, and I wonder
If I could put a notion in his head:
“Why do they make good neighbours? Isn’t it            30
Where there are cows? But here there are no cows.
Before I built a wall I’d ask to know
What I was walling in or walling out,
And to whom I was like to give offence.
Something there is that doesn’t love a wall,            35
That wants it down.” I could say “Elves” to him,
But it’s not elves exactly, and I’d rather
He said it for himself. I see him there
Bringing a stone grasped firmly by the top
In each hand, like an old-stone savage armed.            40
He moves in darkness as it seems to me,
Not of woods only and the shade of trees.
He will not go behind his father’s saying,
And he likes having thought of it so well
He says again, “Good fences make good neighbours.”
-Robert Frost
North Of Boston 2nd ed.   Henry Holt and Company, New York 1915 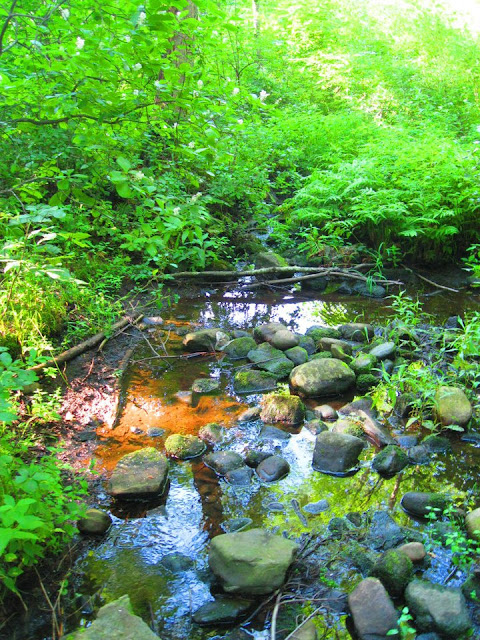 I love your photos and with Frost's poem, I can see the ancestors out mending those walls over and over again.

Thanks for these wonderful pictures. I have long known the poem but your pictures lend them a new concreteness and also add to the mystery of what that "something " is.Thanks also to John Tew's Filiopietism blog for sending me to this site. Happy Thanksgiving. Those of us born and raised in New England have much to be thankful for.

I enjoyed reading this poem again. When we used to live near the Frost Farm in Derry, New Hampshire we would walk the poetry trail behind the farmhouse.. one of the first things you see along the way is the old stone wall. Of course we recited as much of this poem as we could remember as we passed by. It makes me want to go back there soon!