My sister Cheryl and I hadn't gone lighthouse hunting for a bit but a few weeks ago we took a roadtrip up to Portland Maine where there are five lighthouses quite close to each other. The ride up took longer than we expected but the trip was well worth it. We found all five and we got some nice photos.
Our first stop was Portland Head Lighthouse which was built when Washington was President and has been photographed many times. It's easy to understand why . 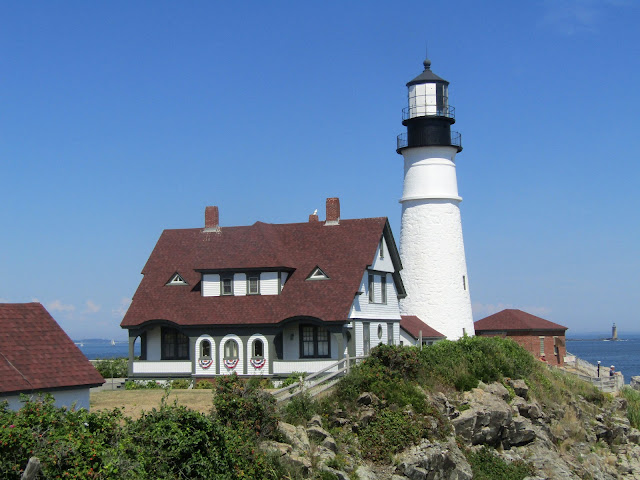 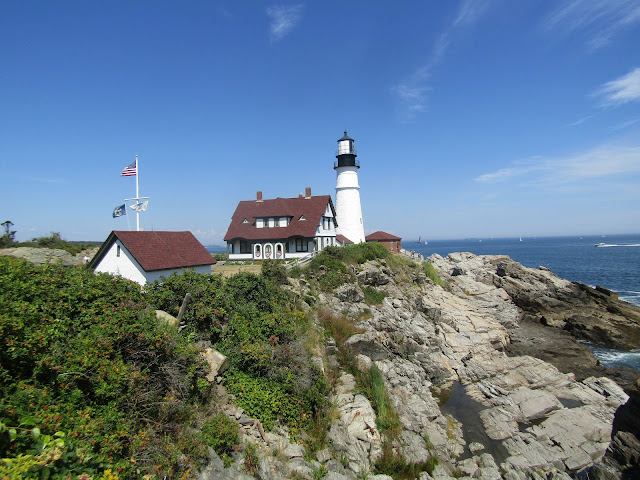 Nearby offshore is Ram Island Ledge Light which is visible from Portland Head. It's possible to get both lighthouses in one shot.