TRAVELS WITH CHERYL 5: LIGHTHOUSES OF WARWICK AND NEWPORT RHODE ISLAND.

Now that travel restrictions have eased Cheryl and I are able to visit lighthouses and covered bridges in other nearby states. Last month we took a daytrip down to Rhode Island to view lighthouses in Warwick and Newport. It was a sunny Spring  day. albeit a very windy one. The drive down on the highway was nice and whoever landscapes the interstate up this way does a great job as there were forsythia and azalea bushes blooming along the sides of the highway, as well as numerous yellow daffodils.

Our first stop was Conimicut Lighthouse which we viewed from the park across the water from it. As I said, it was very windy, and since I am using a cane now I decided to take photos from the asphalt walkway near the car rather than to risk the uneven surface of the grass to get a closer shot. Still, the photo didn't come out too badly. 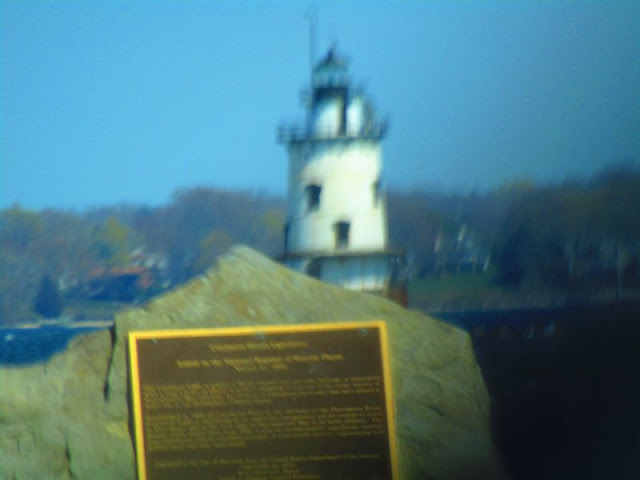 From there we proceeded to the Warwick Coast Guard Lighthouse which was behind a locked gate. I walked over to the gate and took a photo. One of these days I would not be surprised if someone comes up to me at one of those Coast Guard Lights to see if I'm a spy or something. 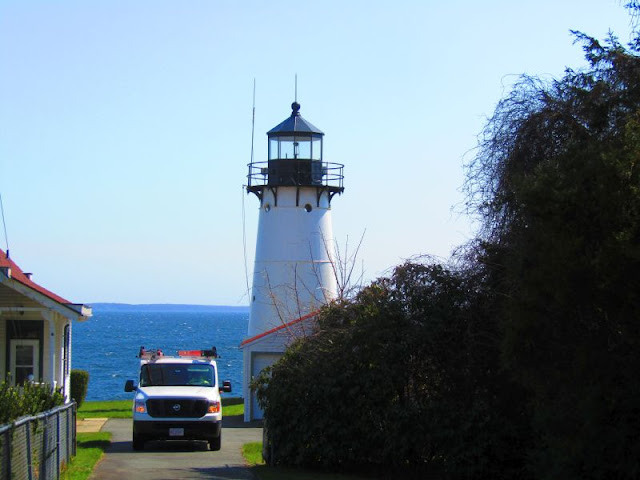 It was about an hour's drive from there down to Newport. We had cousins who lived there when I was a teenager but I never went along with my parents went to visit. There were a lot of people walking about and I was impressd because they were all masked. The first stop in Newport was the Castle Hill Lighthouse which took awhile to find despite the instructions given by Siri. In the end the closest we could get was a view through some trees from the parking lot of a nearby hotel. 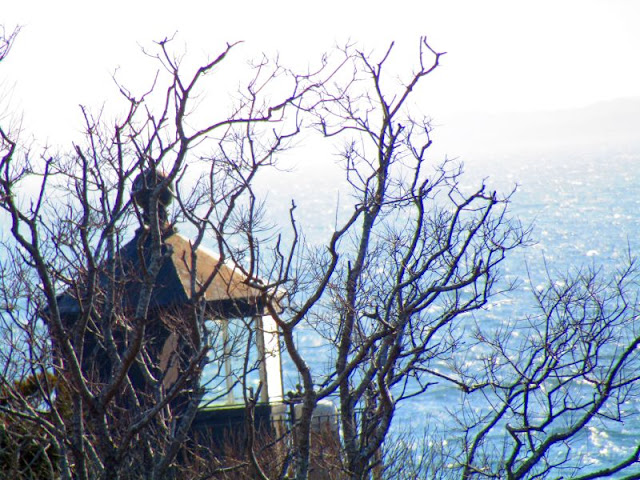 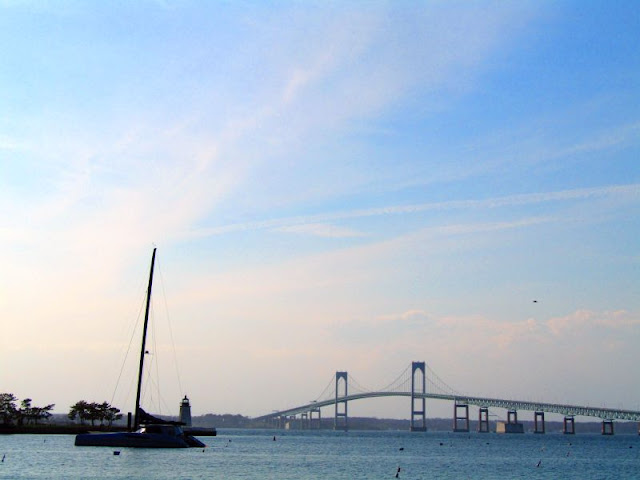 And that was our trip for the day. We hopefully will be doing more  later this summer.