This morning I did something I rarely do anymore: I got up at 6am. Today was the
yearly New England Geneabloggers Bash, and it was being held at Sara Campbell's
house out in Erving, Ma. So I got up early, and made sure I had my camera, cellphone,
and GPS all charged up, and away I went.

It was foggy when I left my apartment but most of it burned off as I drove north
and west. I took 495 and then Rte2 (also known as the Mohawk Trail) and the foliage
was beautiful  I don't understand why the state doesn't place a few rest areas along
495 because I sure wanted to take pictures and stopping in the middle of busy 495
to do so just wasn't an option. At any rate,I made pretty good time and I very
nearly made it all the way to Sara's without straying off course....until I took the
wrong left turn onto Bridge St instead of onto Maple. The GPS directed me on a
four mile workaround(which I think it did to teach me a lesson) which included
a stretch on Mormon Hollow Rd (a very appropriate name considering I was going to
a genealogy bash.) It was very hilly, and there was some nice views down into
several valleys. 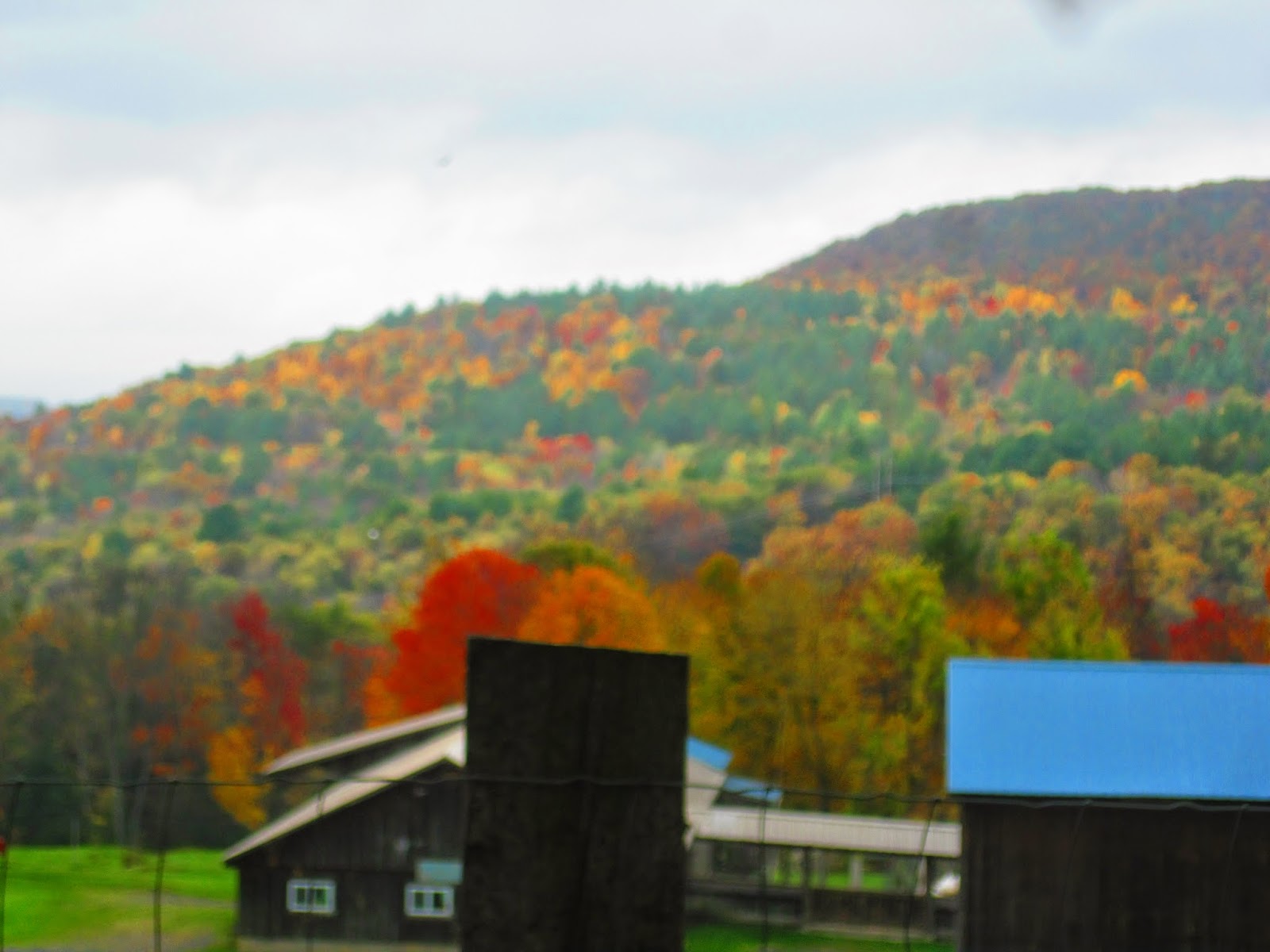 I finally arrived at the correct address (just as the battery on my GPS died) and
spent the afternoon with some very nice people, some of whom I'd already met
and some who I met for the first time. We discussed genealogy, family history,
computers, cameras, television programs and the weather. There was good food,
good conversation, and a falling pumpkin. 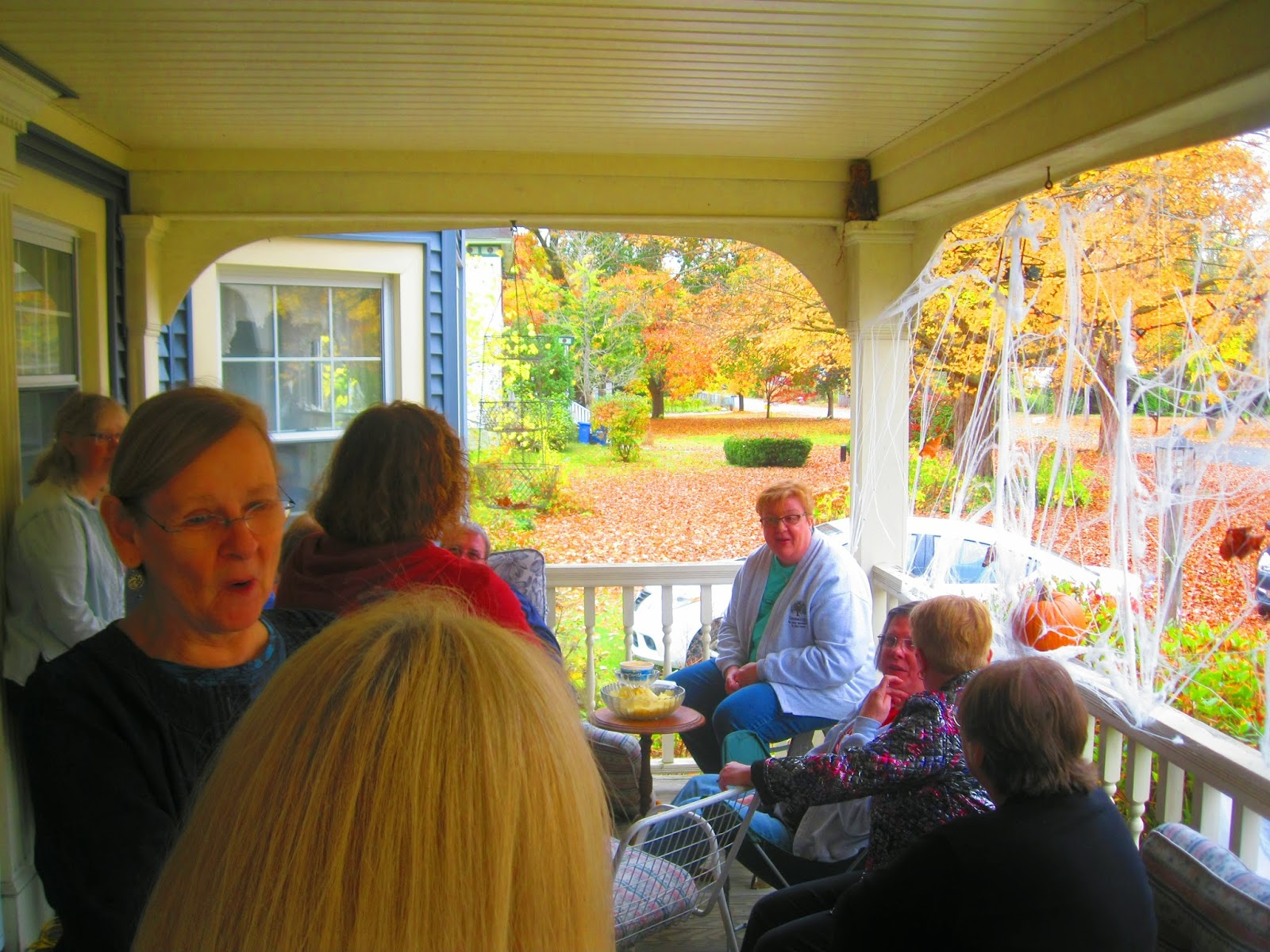 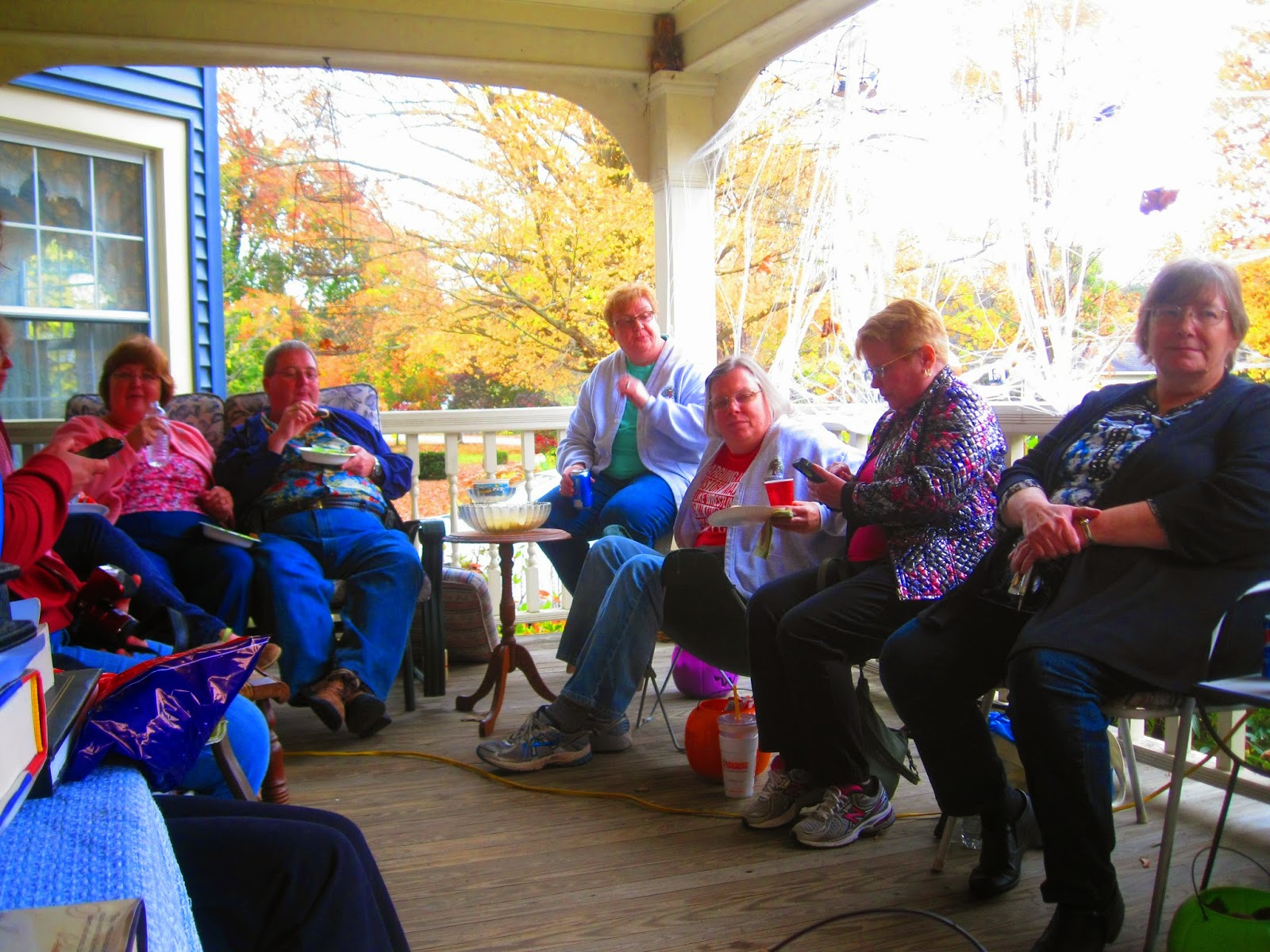 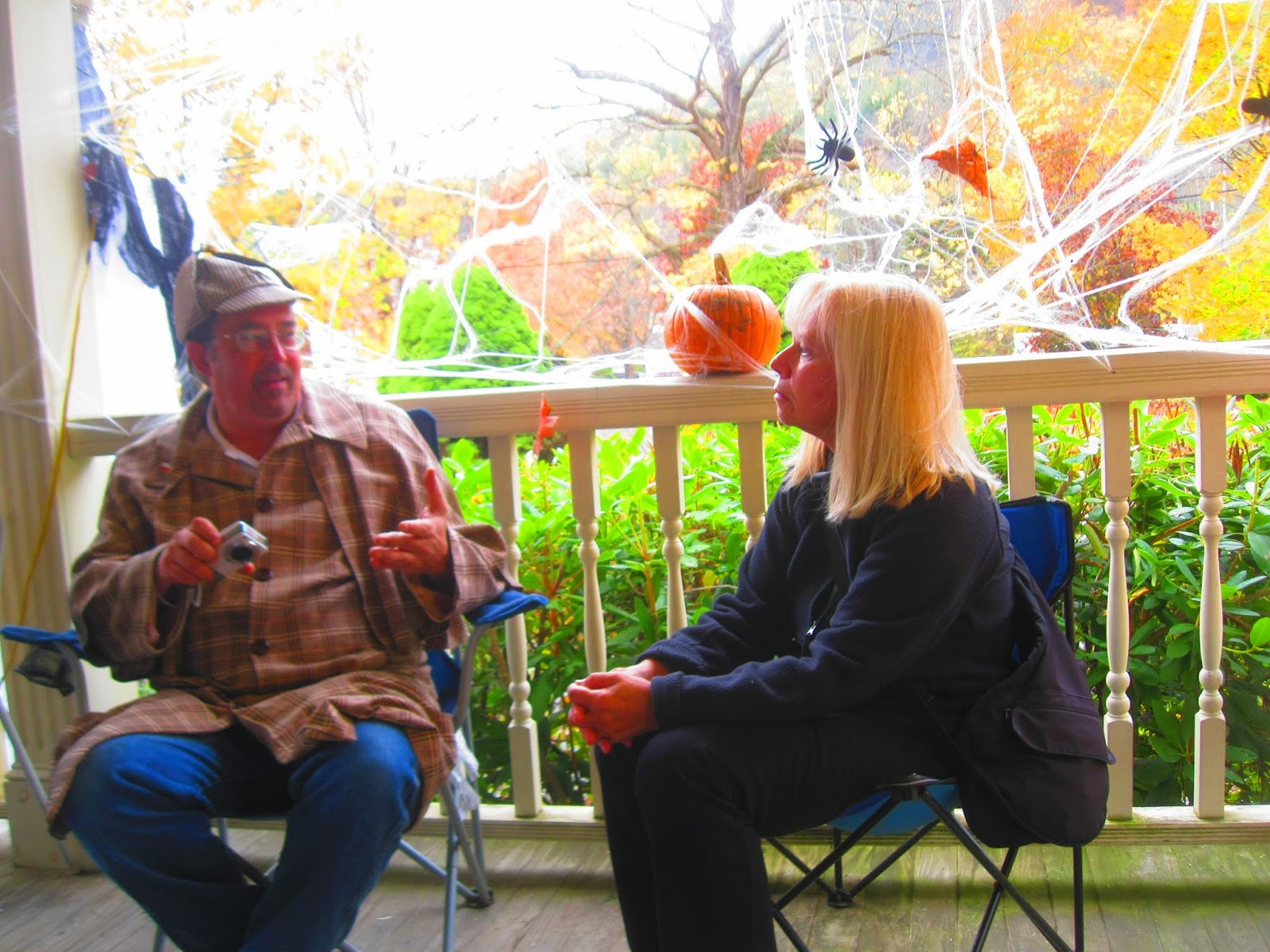 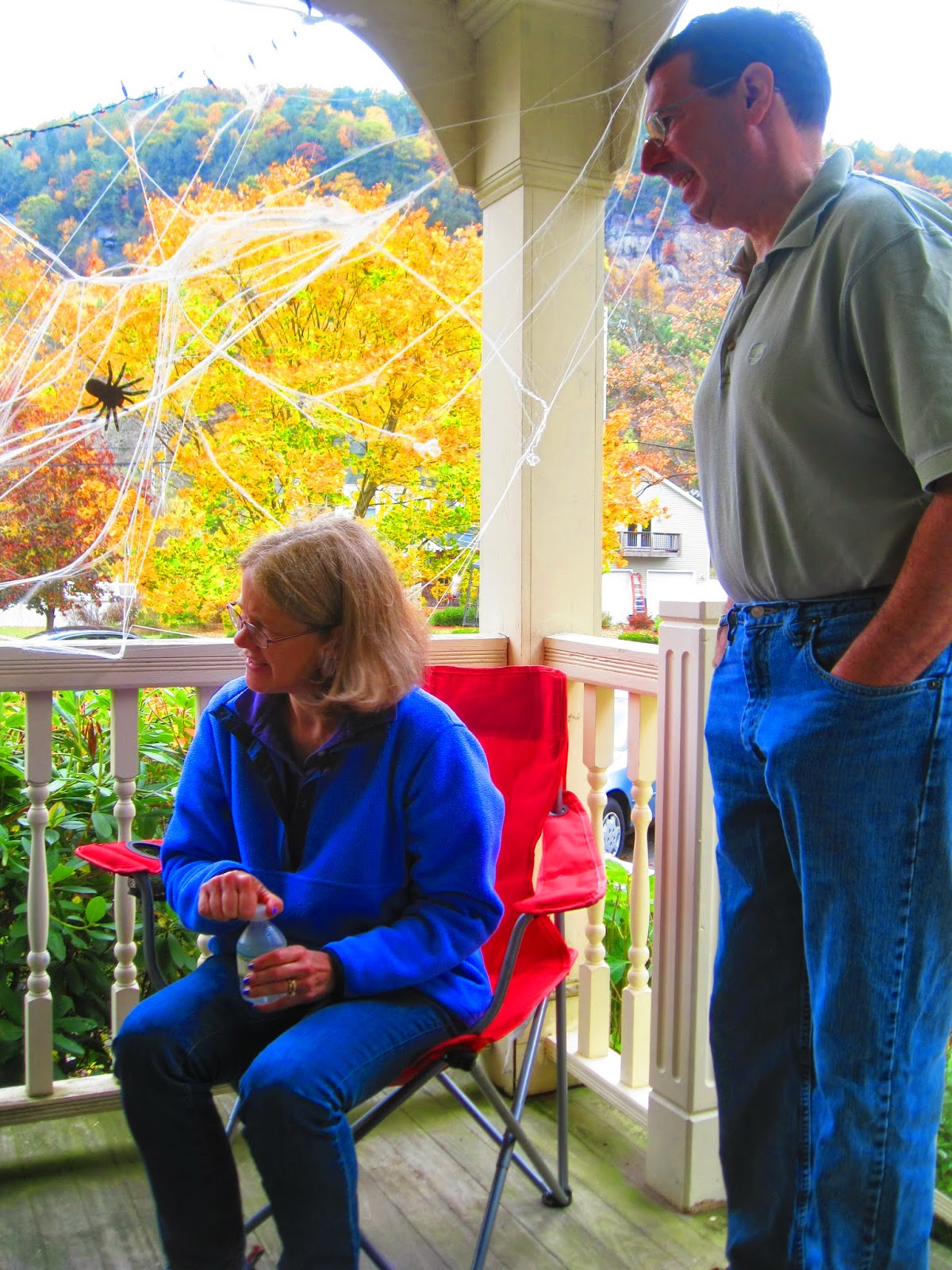 There were about 18 attendees and I wish I had more time to talk with them all.
But I left at around 3pm, and despite missing the 495 turnoff, made it home safely.

I had fun, and I'm looking forward to next years' Bash,

Thanks Sara, for once again hosting the Bash. 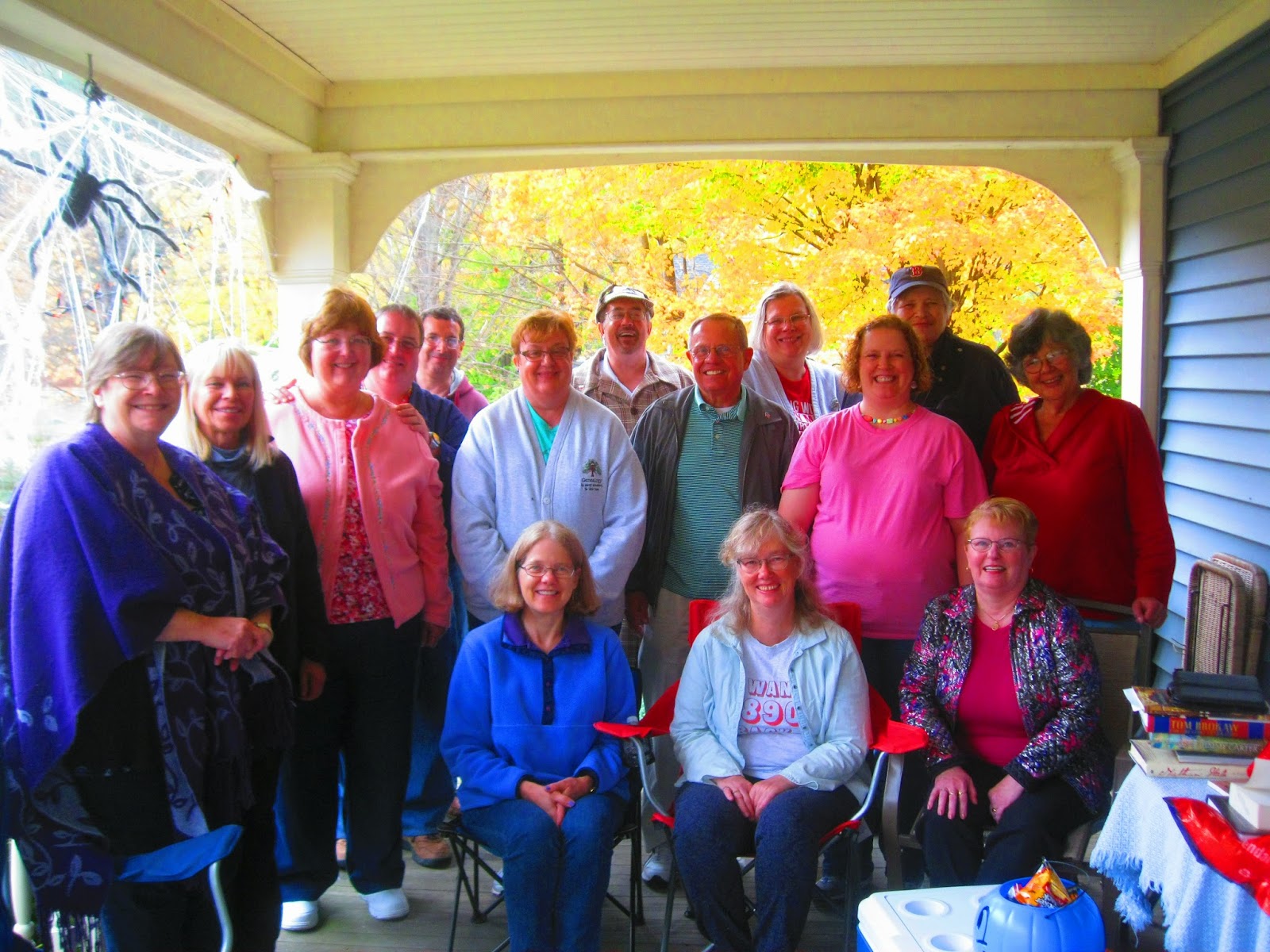 What a wonderful experience. Thanks for sharing!! ;-)